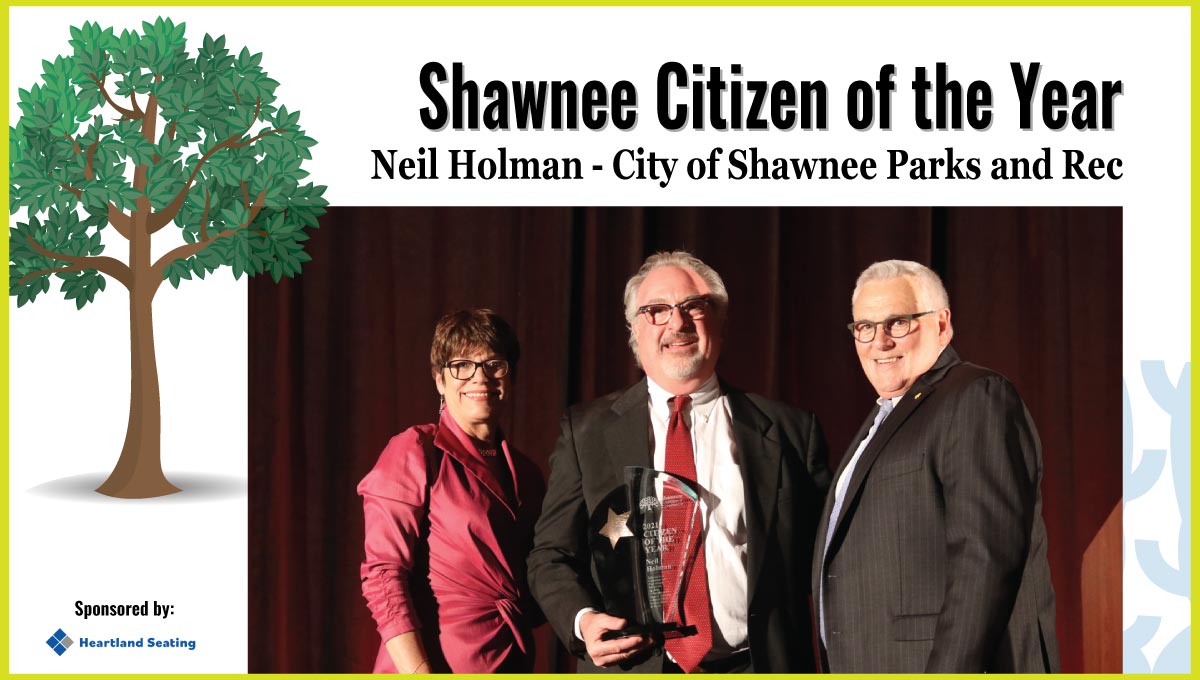 Announced at the Shawnee Chamber's 2022 Barcelona Nights Annual Dinner, Neil Holman has been recognized as the 2021 Shawnee Citizen of the Year! Learn more about the award and announcement below.

Shawnee Citizen of the Year

The Shawnee Citizen of the Year Award is one of three notable awards presented by the Shawnee Chamber in honor of volunteers, advocates and active community members annually. Nominations for this award are submitted from the Chamber membership and voted on by a representation of the past award winners. The individual need not be a Chamber member but should be someone who has worked hard to make Shawnee a better place to live, work and grow.

2021 Shawnee Citizen of the Year

The Shawnee Citizen of the Year for 2021, recognized in 2022, was this year given to a civil servant who has had a profound impact on the livability of our community. Neil Holman, Director of the City of Shawnee Parks & Recreation Department was given the special award due to his productive career of growing Shawnee parkland, city-wide events, and other great offerings for residents and visitors. A full recap of his career can be found on the second page of the recent Recreate Shawnee Magazine.

Additionally, Neil has served on various area and national boards, organizations, and groups to help bring additional prestige to his organization. He will soon begin his well-earned retirement in March of 2022.  For more details, read the announcing speech transcribed below. 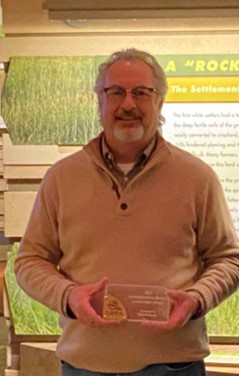 Good evening, last year as we celebrated the 75th Anniversary of the founding of the Shawnee Chamber, it was my honor to be presented with this award and tonight it’s my privilege to present the award to this year’s recipient, someone who is synonymous with making Shawnee a great place to live, to work and perhaps most importantly this evening - to play.

Over the explosive growth of the past few decades, Shawnee needed visionaries, those who valued by instinct and nature what could be, who saw it - who planned it - and then who built it. Women and men who appreciate that our quality of life is often measured by the time we spend with those who we care for most - friends and family – and the surroundings where we make those memories.  Basically put a big picture kind of guy.

And yes, it’ been service above self as a Rotarian, it’s been contributing on countless committees for years for a variety of community causes and events, it’s been doing his job with enthusiasm and honor for decades, and quite simply put it is making the place he calls home a little better than he found it. Well maybe, much better, yes, much better than he found it.

So, as the old saying goes when stop to smell the roses in Shawnee - it’s because of the vision, the leadership, and the unyielding commitment of tonight’s honoree - that you can.  It is my honor to present the 2021 Shawnee Citizen of the Year award to – Neil Holman, Neil will retire next month and we in Shawnee owe him a great debt and a lot of gratitude for literally creating the outstanding park system that we all enjoy and value in Shawnee today, I know his wife Darla is with him and I believe his sons – Connor and Hunter have snuck in to join us, congratulations, Neil, very well deserved.